Los Angeles underground is expanding and DeepEX is instrumental in getting the city forward. Support of excavation systems for the new subways stations for the Regional Connector and the Purple line expansion projects have been and are designed with DeepEX. These projects involve excavations of up to 100 ft that require lateral bracing to be designed according to strict specifications.

The joint venture by Skanska – Traylor – Shea, with PB&A won contracts for the subway stations. PB&A, based in San Rafael, CA, has been using DeepEX for the last five years. The project presented some challenges in incorporating the specified apparent earth pressure diagrams as well as the specified passive lateral earth pressures. Given the number of conditions that had to be examined, we at Deep Excavation, went into high gear and implemented options that would give the ability to easily match the lateral pressure specifications. 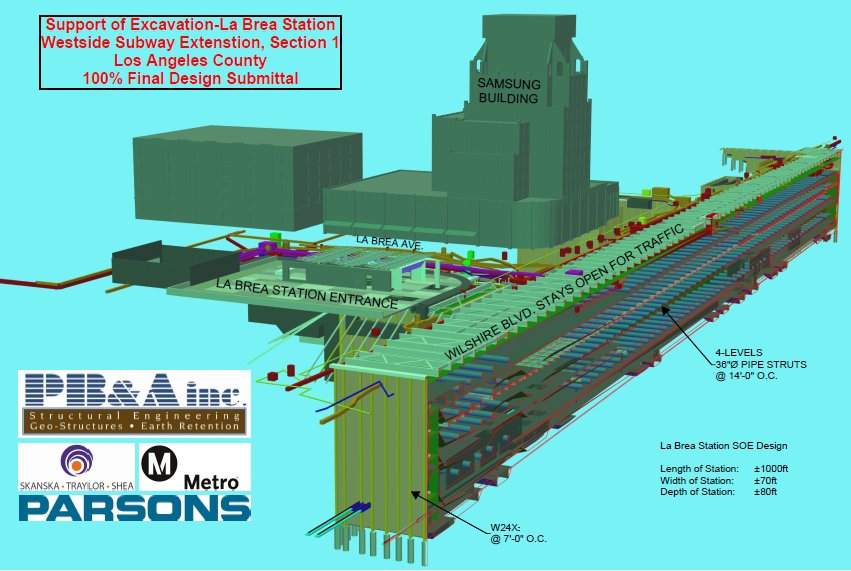 Apparent earth pressures were defined as a trapezoidal diagram with a maximum pressure of 24 H in psf, with the top and bottom triangular portions of the pressure diagram set at 20% of H (H= excavation height in ft). 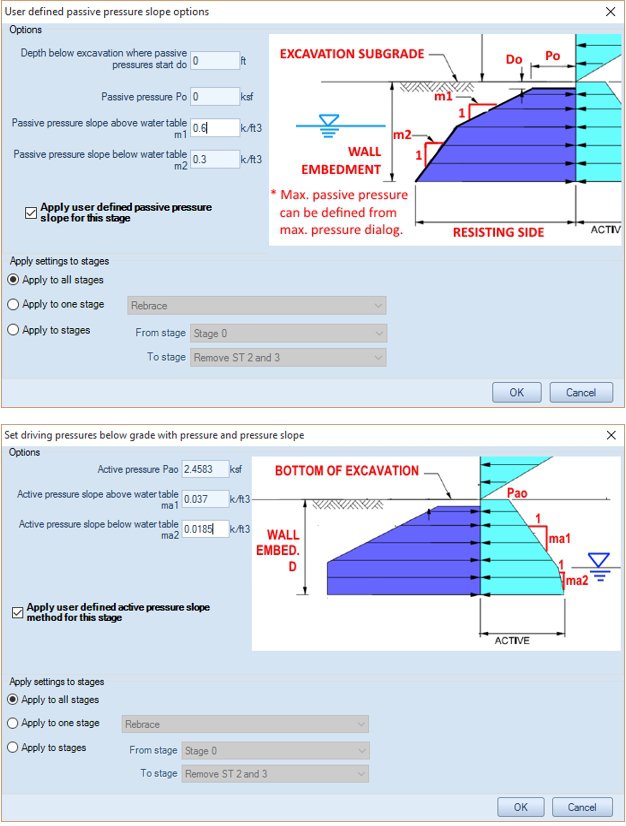 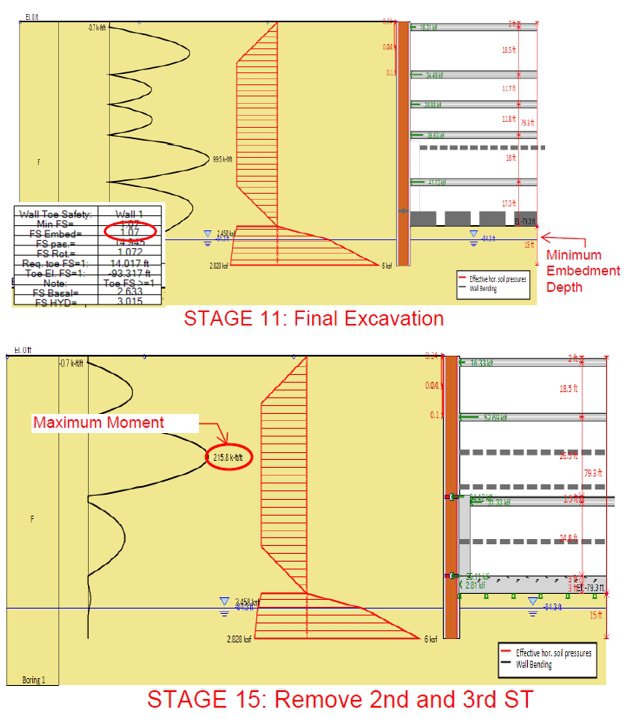 The following stations are also to be designed with DeepEX:

The long-awaited Metro Purple Line Subway Extension is now under construction.  From the current terminus at Wilshire/Western, the Purple Line Extension will extend westward for about nine miles with seven new stations. It will provide a high-capacity, high-speed, dependable alternative for those traveling to and from LA’s “second downtown,” including destinations such as Miracle Mile, Beverly Hills, Century City and Westwood.

We want to thank and recognize Pirooz Barar of PB&A,, the joint venture and all participating parties, for using DeepEX.

Review the use of DeepEX software in several cases and design scenarions through extensive examples and informative videos!