When can you safely install rakers at 45 degrees in a deep excavation?

Rakers are an internal bracing system that transfers forces from the shoring wall to a theoretically more stable zone. Because rakers take a lot of valuable internal real estate, designers will often try and specify them at 45 degrees. While this is technically feasible, many design and review engineers ignore some of critical items to be considered.

First, because of the 45-degree angle, a significant uplift component will be exerted on the wall. As a result, engineers must ensure that sufficient uplift resistance is available. That uplift resistance also requires proper structural connections while avoiding placing rakers in between pile spans. Figure 1 illustrates such a case where the ultimate geotechnical tension strength is essentially equal to the raker uplift: 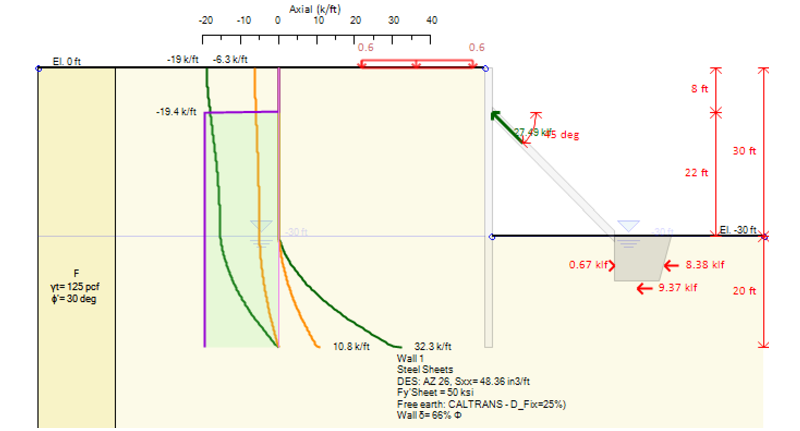 Raker installation needs to follow a logical sequence. Installing a raker at 45 degrees usually means that the excavation needs to be bermed at 45 degrees, or that such deep cut slots are dug near the rakers. Unless we are in stiff cohesive materials or rocks, most soil materials will have soil strengths that are smaller than 45 degrees. This in turn means that excavating the 45-degree berm will be physically impossible in many cases. Analytically, this means that a simple wedge analysis may not give you the most reasonable results and that a more complex passive wedge search pattern would be more realistic. 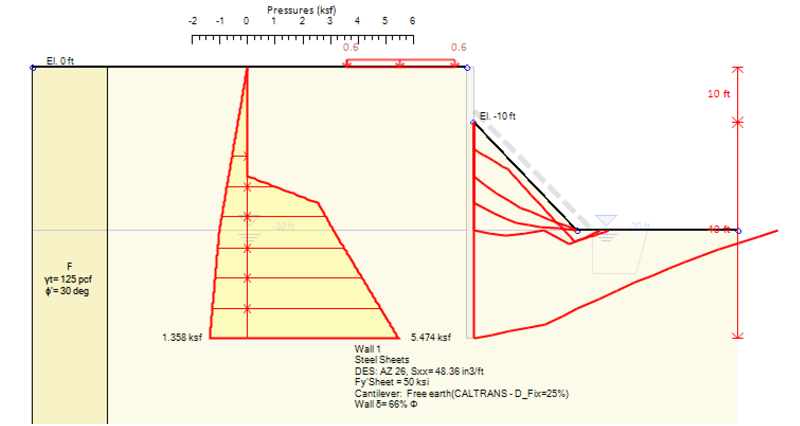 Even when some cohesion is present, excavating soil berms at more than 30 degrees can result in significantly less passive resistance and increased wall displacements.

Another often overlooked issue is how passive soil pressures will interact with a passive heel block if a raker is to rest against one. In many cases with the rakers at 45 degrees the heel block, or passive pile, will fall within the passive soil wedge that is formed from the wall base (Figure 3). As a result, there will be increased interaction effects and the heel block will not be as effective at resisting shoring forces. 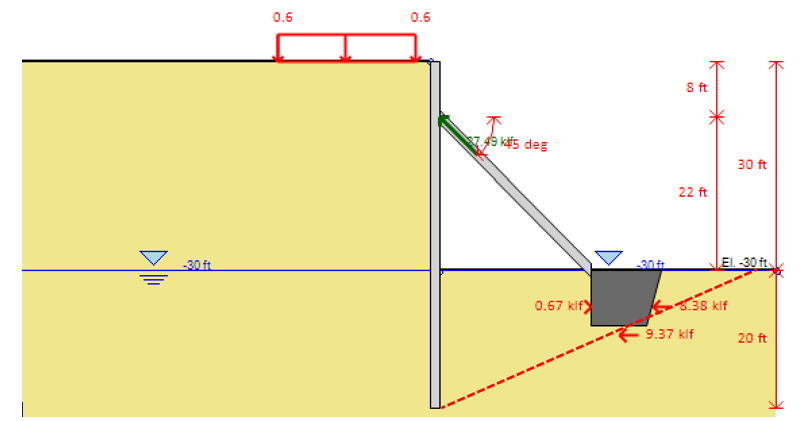 Figure 3: Passive heel block falling within the passive wedge as formed from the wall base

When an excavation is in rock, with shallow wall embedment, these effects will be minimal. In other cases, they really need to be considered.