What is the Optimal Angle for Tiebacks?

Tiebacks are one of the most preferred options for bracing deep excavations and as such engineers often look for the optimal installation angle. Excluding tiebacks missing utilities and other limitations we can consider the following as some useful guidance:

A) If tiebacks are grouted a dipping angle of at-least 5 to 10 degrees will be required to ensure that grout properly flows in the drilled hole.

b) Tiebacks angle may be adjusted so that the fixed body is within a stronger layer.

c) Angles between 15 to 25 degrees should be preferred. Avoid very shallow tiebacks as they can produce much smaller resistance because of less overburden.

d) When tiebacks are steeper than 25 degrees the vertical component of the tieback may have to be considered in the wall design. That axial component can be beneficial in reinforced concrete wall systems but will certainly reduce capacity for steel wall systems.

e) If tiebacks are steep, the vertical geotechnical wall capacity as well as stiffness must be considered.

f) Avoid making tiebacks steeper than 30 degrees in soil. At steeper angles, the wall can move vertically and the tieback prestress can loosen up resulting in an undesirable condition.

g) When the wall is embedded in rock, tiebacks can be installed at 45 degrees to rock if sufficient capacity cannot be achieved above bedrock.

Summarizing, 15 to 20 degrees should be your ideal tieback angle in most cases. Where rock is encountered consider installing tiebacks at 45 degrees to bedrock. Last, we should always consider if there is an axial component on the retaining wall due to the tieback reactions. In such cases, the structural and geotechnical wall capacity as well as vertical displacement might have to be considered. 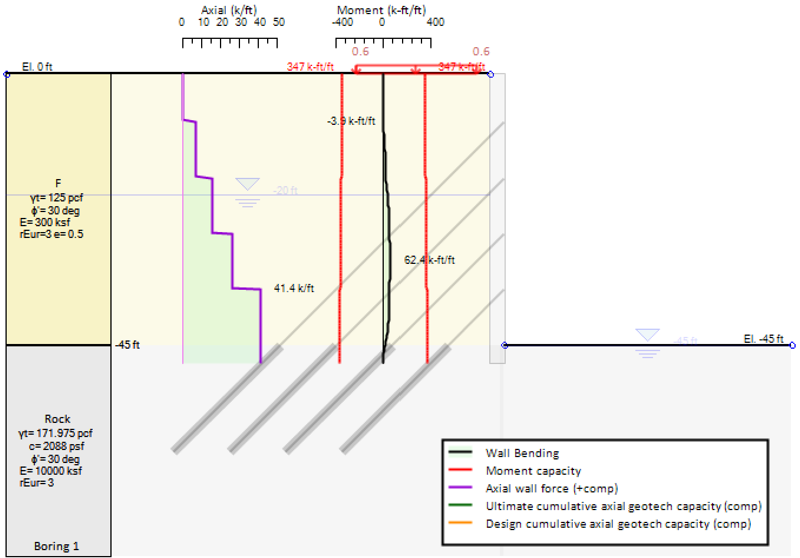 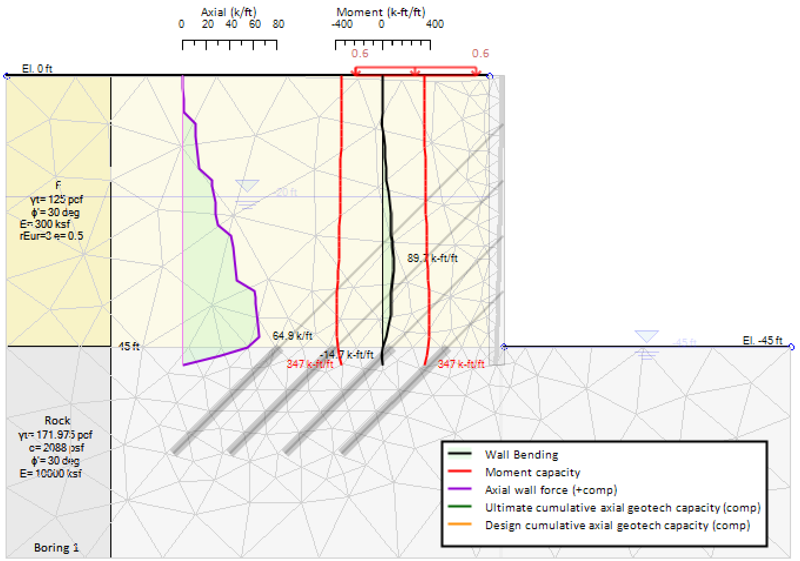