A group of 9 piles (3x3 at centre-to-centre spacing 2m in each direction) was analysed in (Pirrello and Poulos,2013) with a number of different commercial software. In this example the analysis results with DeepFND for both the P-Y method and the FE method are also included in the original tabulated results. In regard to the foundation properties, the piles are 15m long, 0.5m diameter, with a Young’s modulus of 30GPa, and are located in a 15m layer of soil that is underlain by a stiffer bearing stratum. The first layer has a Young’s modulus of 50MPa for both vertical and lateral response, while the Young’s Modulus of the bearing stratum is 100MPa. Elastic ground behaviour is assumed for this exercise.

The pile group point loads and bending moments have been applied at the centre of the pile raft. Loads were as follows:

The pile group stress and displacement results for several methods included in the Pirrello and Poulos paper along with the results obtained from the DeepFND software are all illustrated in Figure 2.

Figure 2: Original Result Comparison in (Pirrello and Poulos,2013) with the addition of the DeepFND results

The pile group stress and displacement results are illustrated in the figures 3 to 7: 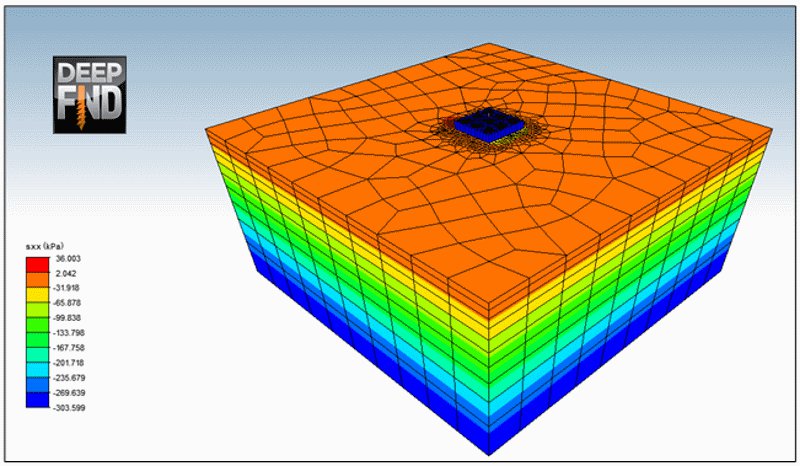 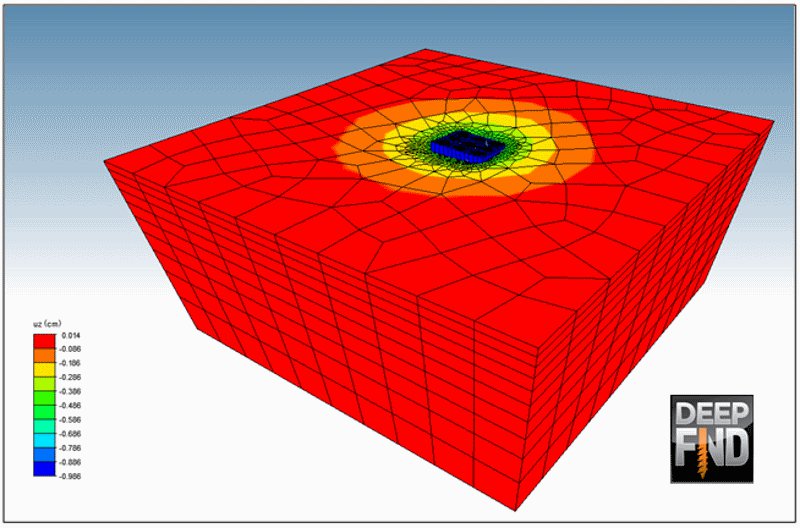 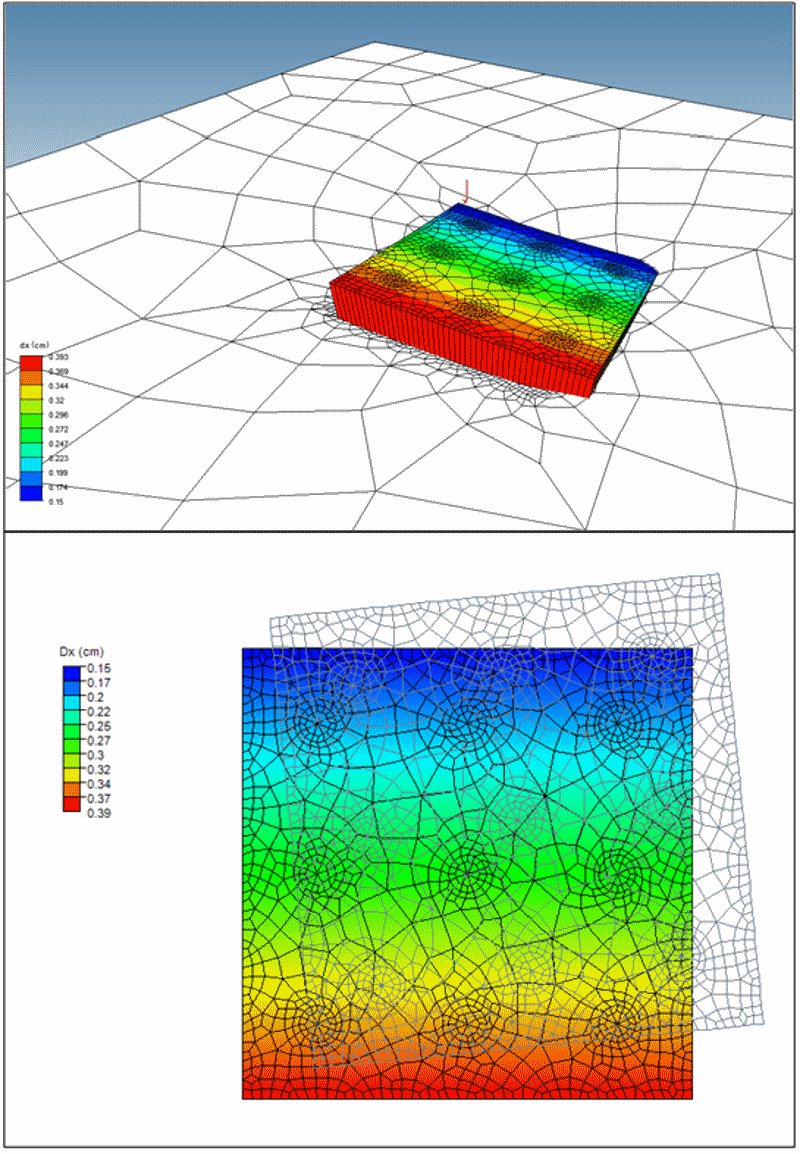 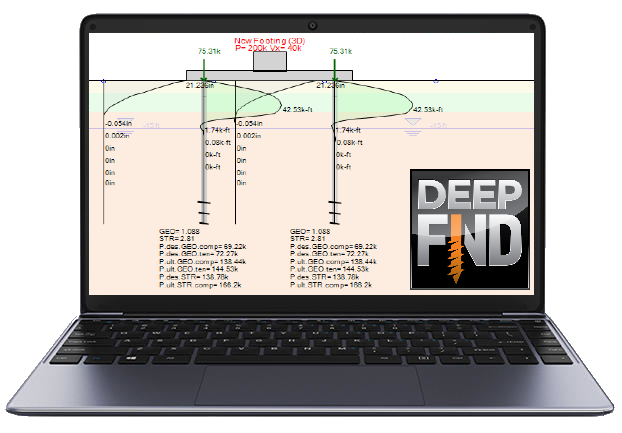