The continuous diaphragm wall (also referred to as slurry wall in the US) is a structure formed and cast in a slurry trench (Xanthakos, 1994). The trench excavation is initially supported by either bentonite or polymer based slurries that prevents soil incursions into the excavated trench. The term "diaphragm walls" refers to the final condition when the slurry is replaced by tremied concrete that acts as a structural system either for temporary excavation support or as part of the permanent structure. This construction sequence is illustrated in Figure 1.The term slurry wall is also applied to walls that are used as flow barriers (mainly in waste containment), by providing a low permeability barrier to contaminant transport.

The first diaphragm walls were tested in 1948 and the first full scale slurry wall was built by Icos in Italy in 1950 (Puller, 1996) with bentonite slurry support as a cut-off wall. Icos constructed the first structural slurry wall in the late 1950s for the Milan Metro (Puller, 1996). Slurry walls were introduced in the US in the mid 1960s by European contractors. The first application in the US was in New York City [1962] for a 7m diameter by 24m deep shaft (Tamaro, 1990), that was followed by the Bank of California in San Francisco (Clough and Buchignani, 1980), the CNA building in Chicago (Cunningham and Fernandez, 1972), and the World Trade Center in New York (Kapp, 1969, Saxena, 1974). The majority of diaphragm wall projects in the US are located in six cities Boston, Chicago, Washington DC, San Francisco and New York.

Diaphragm walls are extensively used in the Central Artery/Tunnel project (CA/T) in Boston, Massachusetts (Fig. 3). Work in the CA/T involves many cut and cover tunnels constructed under the existing artery. Some of the deepest T- slurry walls, extending 120' below the surface have been constructed for the Central Artery (Lambrechts et al., 1998).

Diaphragm Walls can be Designed and Optimized with DeepEX Software in Minutes! Review Software Features

Slurry wall construction requires the use of heavy construction equipment that requires reasonable headroom, site area, and considerable mobilization costs. In limited headroom conditions smaller cranes can be used and the technique can be altered to “remote backfill mixing”, where the excavated soil is transported and mixed to a remote location, and then is returned as backfill.

Cement-bentonite slurry walls also provide another alternative. In this method, the trenches are excavated under a slurry that later solidifies and create the permanent barrier/backfill. 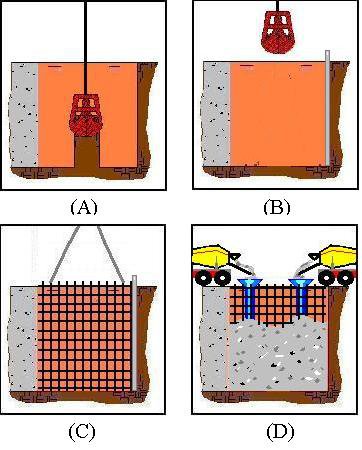 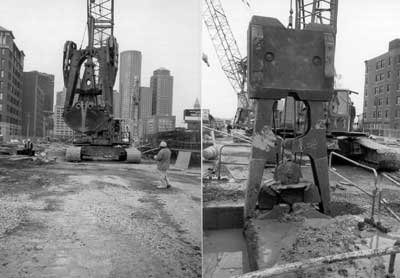 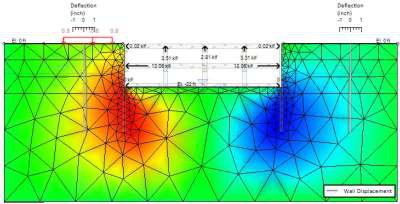 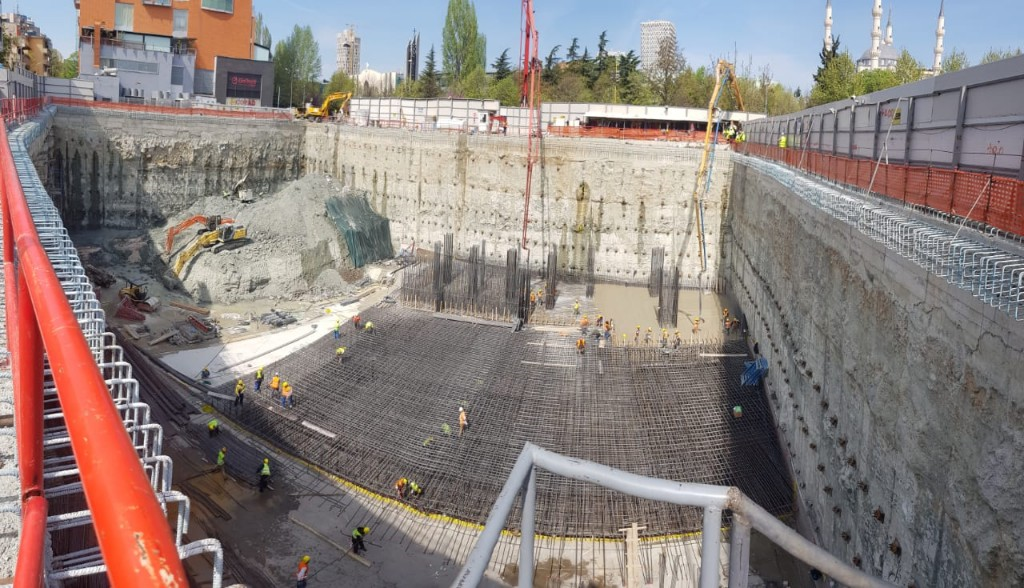