Cross-lot or internal bracing transfers the lateral earth (and water pressures) between opposing walls through compressive struts. Rakers resting on a foundation mat or rock offer another internal bracing alternative. Typically the struts are either pipe or I- beam sections and are usually preloaded to provide a very stiff system. Installation of the bracing struts is done by excavating soil locally around the strut and only continuing the excavation once preloading is complete. A typical sequence of excavation in cross-lot braced excavations is shown in Figure 1. The struts rest on a series of wale beams that distribute the strut load to the diaphragm wall.

Pre-loading ensures a rigid contact between interacting members and is accomplished by inserting a hydraulic jack as each side of an individual pipe strut between the wale beam and a special jacking pblate welded to the strut (Xanthakos, 1994). The strut load can either be measured with strain gages or can be estimated using equations of elasticity by measuring the increased separation between the wale and the strut. Figure 2 shows the basic arrangement for the wedging, and the telescoping preloading methods.

n some earlier projects the struts were not preloaded, and as a result when the excavation progressed deeper the soil and the wall movements were large (C1). Thus it has become standard practice to preload struts in order to minimize wall movements.

Cross-lot bracing makes sense in narrow excavations (60ft to 120ft) when tieback installation is not feasible. The struts can bend excessively under their own weight if the excavation spacing is too large. In addition, special provisions have to taken to account for thermal expansion and contraction of the struts.

The typical strut spacing is in the range of 15ft, both in the vertical and the horizontal direction. This is larger than the typical spacing when tiebacks are used, because the pre-loading levels are much higher. A clear benefit of using struts is that there are no tieback openings in the slurry wall, thus eliminating one source of leakage. Figure 2: (a) preloading arrangement, and (b) measured brace stiffness (Xanthakos, 1994) 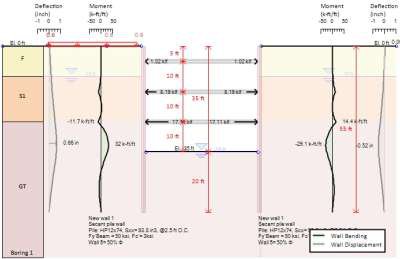 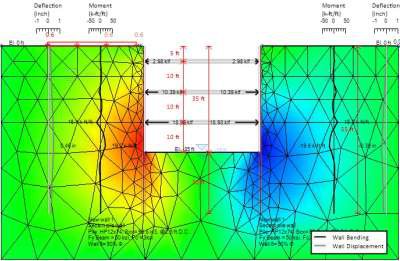 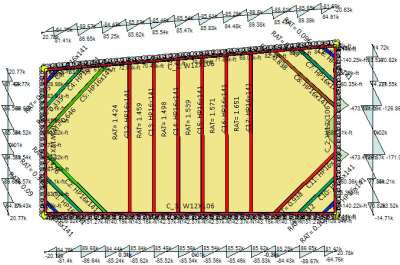 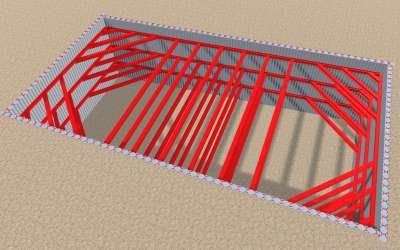 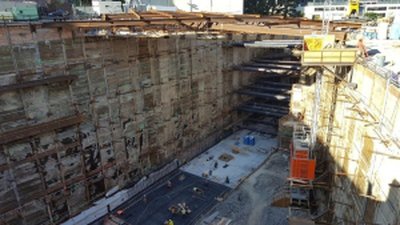