Excavations with Tiebacks and Rock Anchors

Anchored walls have become popular in braced excavations because of a) the substantial progress in the technology and availability of high-capacity anchor systems, and b) the absence of interior obstructions that permit uninterrupted earth moving and thus improve the construction conditions of the underground portion of a building (Xanthakos, 1994). Figures 1 and 2 show a photo and a schematic of tied-back slurry wall excavations. In some projects tiebacks have been used in combination with rakers and soil berms and/or corner braces (Gnaedinger et al., 1975). Tieback anchors comprise a barrel anchorage located either in a bearing layer which is tensioned at the front face of the wall. The part of the anchor that transfers the force to the surrounding soil is frequently called the "fixed length", while the "free length" transmits forces from the fixed length through the anchor head to the slurry wall.

In order to minimize wall movement and ground settlement, tieback anchors are designed to achieve the highest stiffness possible within economical considerations. In urban cities like Boston, Chicago, New York, and Washington where land property is relatively expensive, such deep excavations are more common. Tieback capacity depends on the vertical and horizontal spacing of anchors and on surcharge conditions. Prestress levels typically range from 40 to 250 kips when the grouted portion of tiebacks is within soil ; higher loads are used when the ties are installed within the bedrock. Typical tieback spacing ranges from 7ft to 13ft in the vertical direction, and from 5ft to 15ft in the horizontal direction (from the current database). Tieback capacity is reduced if the spacing is too close due to interference between adjacent grouted zones.

Anchored Walls Can be Designed with DeepEX Software in Minutes! Review Software Capabilities

A tieback is made by first drilling a hole with an auger and then placing a bar (tendon) in the hole, concrete is then poured in the hole and the connection with wall is made (Figure 3). Different types of augers are used to drill the tieback holes. The choice of the drilling method depends on the soil/rock conditions on the site.

Drilling should be done carefully since inadequate procedures can cause significant soil losses. The biproduct of drilling is removed by flushing the hole with either air, water, or slurry. Air is most efficient in dry ground, but it requires special attention because it can become entrapped during drilling, building up zones of high pressure in the soil that can eject material for several feet and at high speeds (potentially injuring workers). Water flushing is best used in sticky clayey soil, and it also cleans the sides of the hole by its sweeping action, providing a stronger bond at the grout-anchor interface. Bentonite slurry flushing works the best since it keeps particles in suspension, while the sealing action keeps the hole from collapsing.

Significant soil losses through the tiebacks cause significant settlements even if the retaining walls do not move towards the excavation. In granular soils the drilled hole must be cased to avoid collapse. Some tieback creep can be expected especially if the ties are very short and the fixed length of the tie is within soft ground. For stability reasons, the fixed anchor should be located beyond the active zone of movements. As a result, tieback anchors may not be an option at sites congested where there are adjacent underground utilities or when adjacent owners do not grant permission to drill them under their properties.

Special attention should be given to the waterproofing details at the anchor heads and at the tieback holes. Significant leakage can be caused by inadequate waterstopping details at these locations. 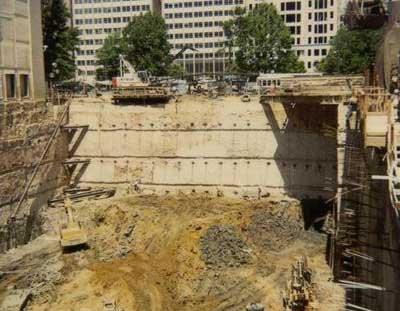 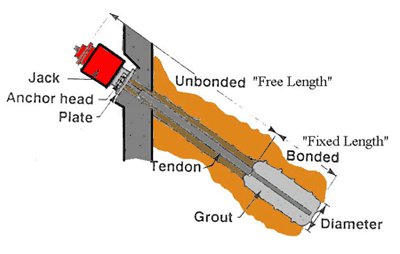 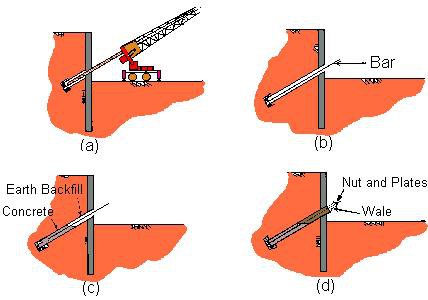 Figure 4: Steps in making a tieback: (a) hole drilled; (b) bar placed in hole; (c) concrete poured for anchor; (d) wall connection made (Adapted from Schnabel, 1982). 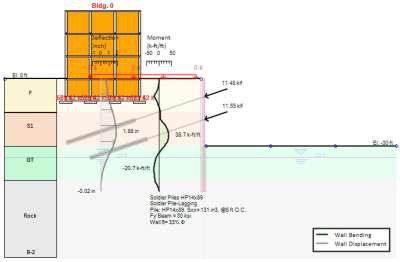 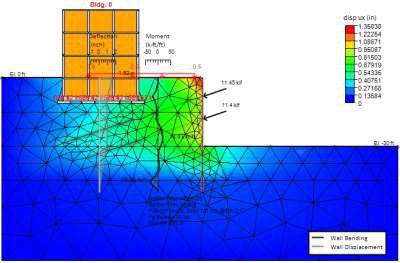 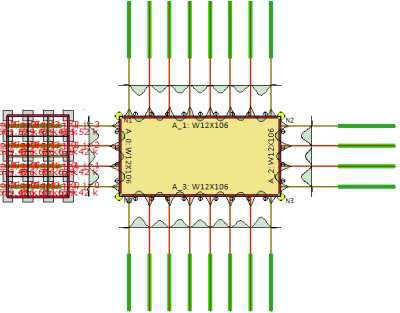 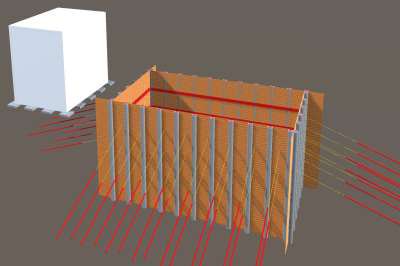 Excavation in Montreal, Braced with Tiebacks and Rakers: 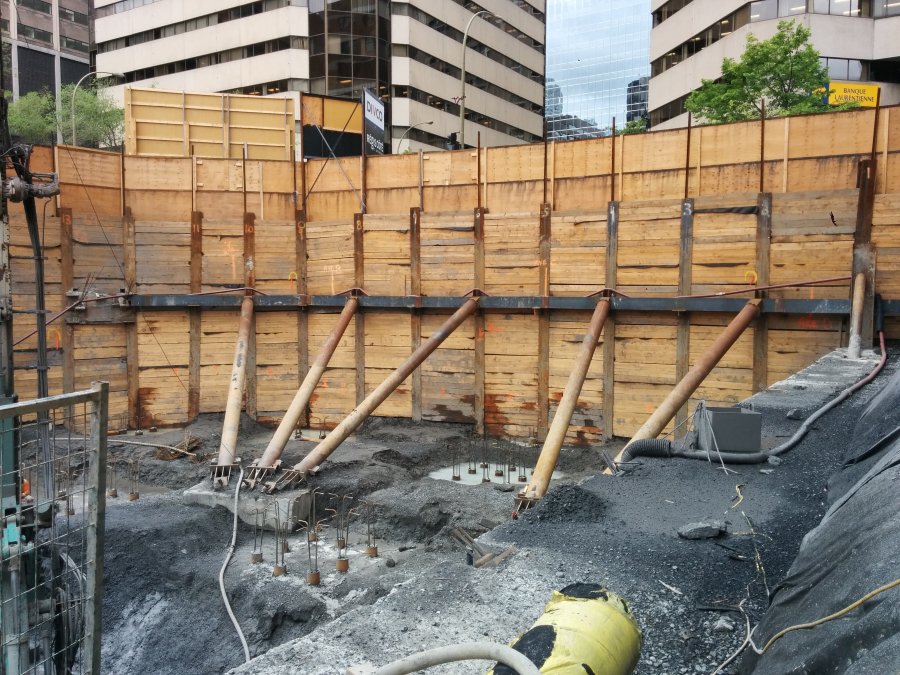