At the 2014 DFI Helical Piles and Tiebacks seminar in St. Charles, MO, our CEO Mr. Konstantakos presented a new method for predicting the load-settlement response of helical piles. Traditionally, helical piles have been designed on an ultimate load basis with most geotechnical engineers having few clues about their true geotechnical response. On the other hand, ultimate capacity for helical piles is typically realized at greater settlement values that are not reached in most axial load tests.

The lack of understanding of true helical pile behavior and response is a significant barrier to the wider adoption of helical piles!

Did you know? IBC 1810.3.3.1.2 requires that "Ultimate pile capacity shall be determined by a register engineer with consideration given to the total and differential settlement at design loads in accordance with 1810.2.3"

Ultimate capacities are defined from ultimate load criteria that may involve any of the following methods:

4.Other Methods Approved by the building official 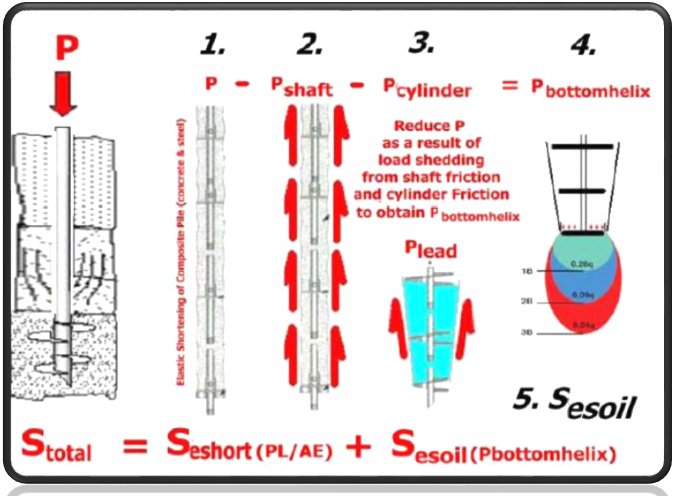 Theory of elasticity settlement under a circular footing

Using the hyperbolic soil model, a true non-linear approach can be simulated.

The following images show a series of load tests used in the calibration of the proposed settlement method. 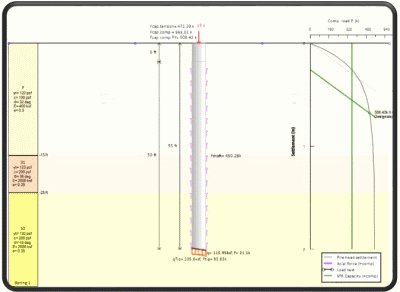 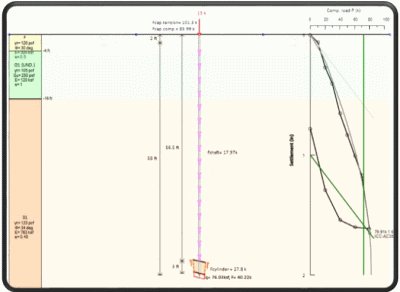 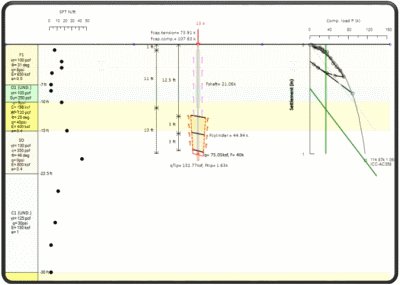 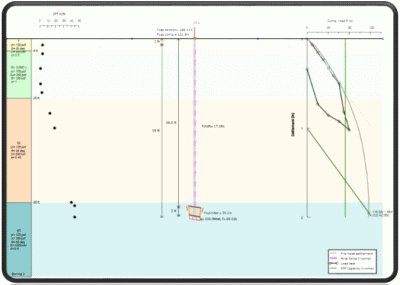 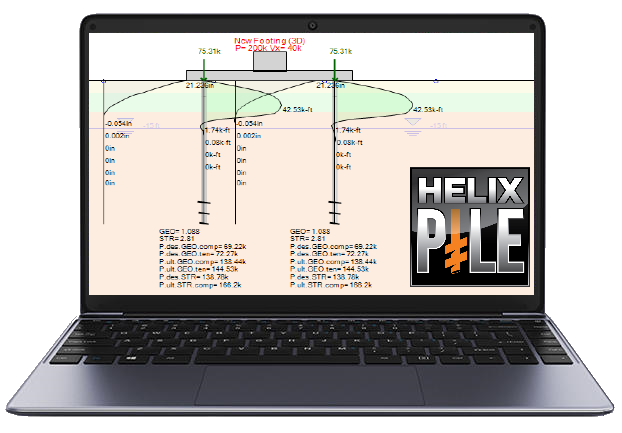