Passive Pressures - What is it and Why?

When we excavate on one side of a retaining wall an unbalanced load condition is created. As it is very obvious, the retained side wants to move into the recently excavated zone. However, we engineers boldly introduce our retaining walls in the middle to take care of the unbalance.

At a closer glance what is happening is this:

a) The excavated zone gets unloaded, the zone above subgrade is removed and therefore there is zero lateral pressure on the recentrly excavated depth.

b) As a result the retained soil, which is initially at an "At-rest" state starts moving towards the excavation, while the soil on the excavated side gets further compressed into the excavation.

c) The result of this movement on the excavation side is an increase in the resisting lateral earth pressures from the theoretical initial state for the current excavation level.

d) If this lateral movement keeps increasing, the lateral lateral earth pressure reaches a maximum value, beyond which there is no further increase in lateral pressure. Essentially, this condition is a limit state or in other words a failure condition. This means that the soil has fully mobilized its strength.

This condition, if left uncontrolled can be unsafe, partly because passive earth pressures take place at large displacements.

As all effective horizontal stresses, passive earth pressures are defined as a ratio of the effective vertical stress times a coefficient of lateral pressure. For "passive" conditions with zero wall friction and a horizontal ground surface, this coefficient is typically defined as:

Lateral passive earth pressures can be modified to include wall friction, seismic effects, and surface inclination. 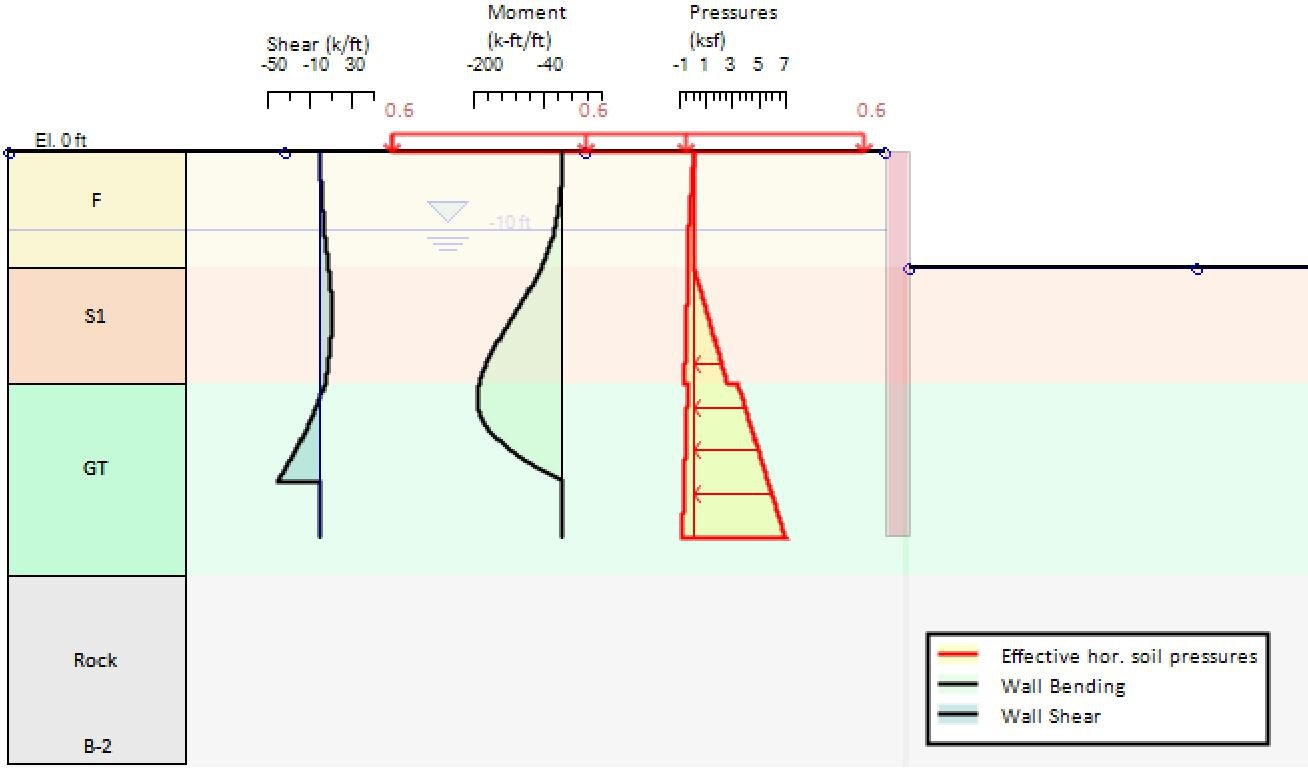 Do you have to include Passive Pressures for Your Design?