Get your Undrained Shear Strength right in Drilled Shaft Capacity

A series of 0.9m diameter 15m long drilled shafts were tested with static and statnamic load testing procedures and were reported by Ealy et. al. in 2002 (Comparison between Statnamic and Static Load Testing for Drilled Shafts in Varved Clay”. In this work, the load test results for reported shaft #2 are compared against FHWA methods for drilled shafts using a settlement analysis method that incorporates recommendations by Fleming and Konstantakos.

Site specific testing was performed establishing the shear strength in the vicinity of the load tests from 35 to 193 kPa over the first 1.5 m except for a few high readings up to 290 kPa for Shaft 2. From 1.5 m to 4.6 m the shear strength decreases from 193 to 35 kPa and then decreases to approximately 18 kPa from this depth to the end of the soundings at 10m. The water table was at approximately 0.05 to 0.75m below the ground surface. Since the original geotechnical investigation was not available to us, an approximate stratification was established based on the above description. Soil elasticity was modelled with the exponential model using an exponential factor of .8 and a reference E of roughly 200 times the undrained shear strength. OCR values were established based on the known glacial history of the site.

Quick static load tests indicated ultimate pile capacities of approximately 1050 kN to 1270 kN. In both cases the settlement response can be reasonably captured by the FHWA approach. The ultimate bearing capacity controlled how the pile settlement was matched at larger settlements. If anything, this effort highlights the importance of geotechnical investigations and getting the undrained shear strength of clays right. 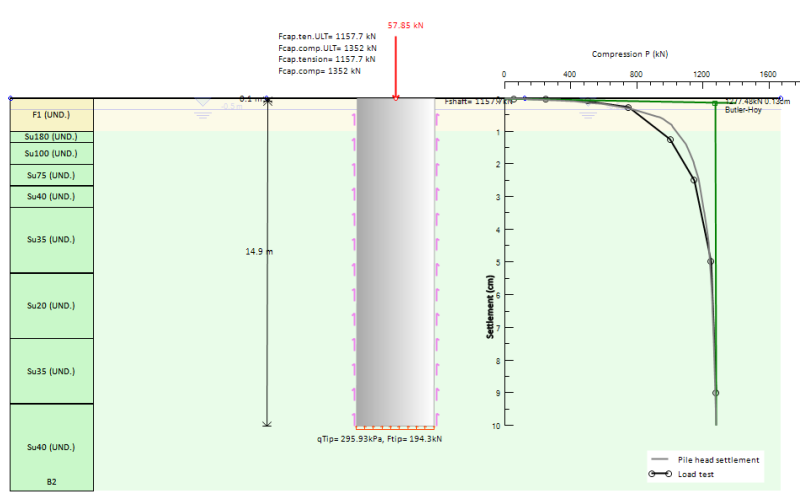 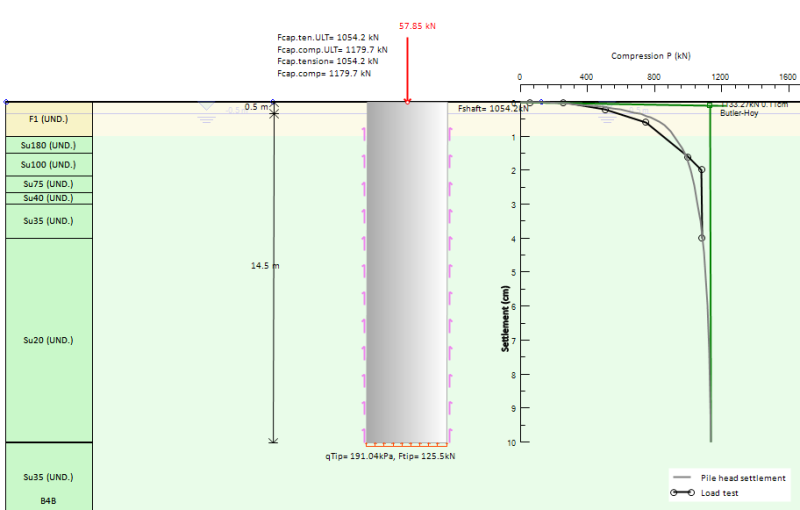 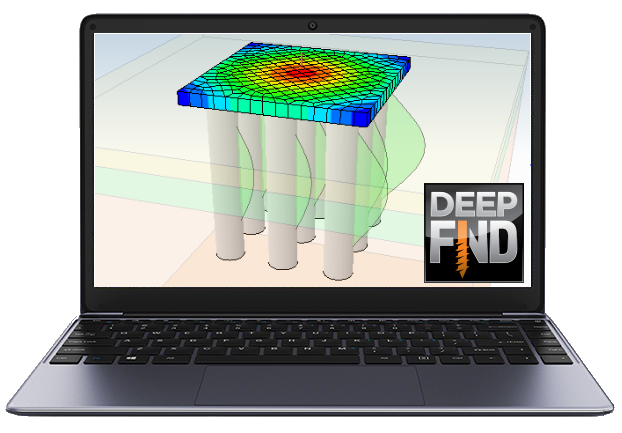