Reanalysis of a Deep Excavation in Cavan, Ireland

A 7.5m secant pile deep excavation in Cavan, Ireland, had limited access for installation of ground anchors as reported by Adekunte in 2014. The solution to this challenge was to provide a steeply inclined raking buttress pile. A cantilever solution was used at a shallower 4.5m excavation section. Maximum lateral wall displacements were reported at about 7mm for the buttressed section and 12mm for the cantilever shallower excavation. The article compares different analysis methods for this excavation. Models were analyzed with DeepEX 2022, with a limit-equilibrium (LEM), non-linear Winkler (NL), and finite element (FEM) analysis methods.

Soils at the site consisted of 1.5m firm sandy clay over a stiff to very stiff gravelly clay. Water was below the excavation and limestone bedrock was approximately at 20m depth.

Soil strength was modelled with effective properties because clays were predominantly above the water table. Soil strengths and elasticity was adjusted to match the measured cantilever wall displacements (Figure 1). Armed with benchmarked soil parameters, the buttressed section was analyzed initially without the capping beam where lateral displacements were estimated at approximately 21mm (Figure 2). Including the capping beam resulted in almost a perfect match of measured displacements (Figure 3) in the FEM model when 3mm of base translation was added on the reported values.

Buttress reactions were similar between all analysis methods, although including the cap beam reduces the experience buttress reaction significantly. More realistic displacements were obtained from the FEM approach as the NL and LEM restrict the wall top from effective displacement. This likely indicates that steeply inclined buttress piles likely respond more as laterally loaded systems vs. acting as tension elements.

Figure 6 presents contrasts the measured displacements vs. the calibrated FEM model. The figure also presents extrapolated wall bending moments from the inclinometer measurements. While such methods are approximate, the moment extrapolation approach in DeepEX indicates a maximum bending moment of approximately 180 kN-m/m vs. roughly 150 kN-m/m in FEM model.

Matching lateral wall displacements with benchmarked deep excavation models is always a challenge. Little details, such 3D action of a cap beam can make all the difference in getting better results. 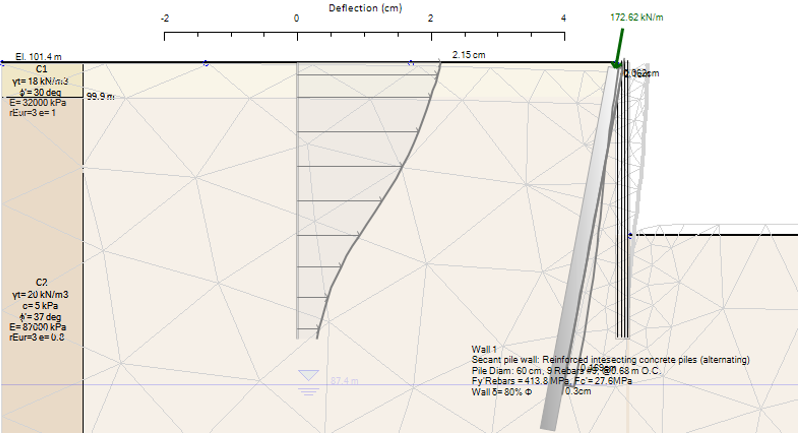 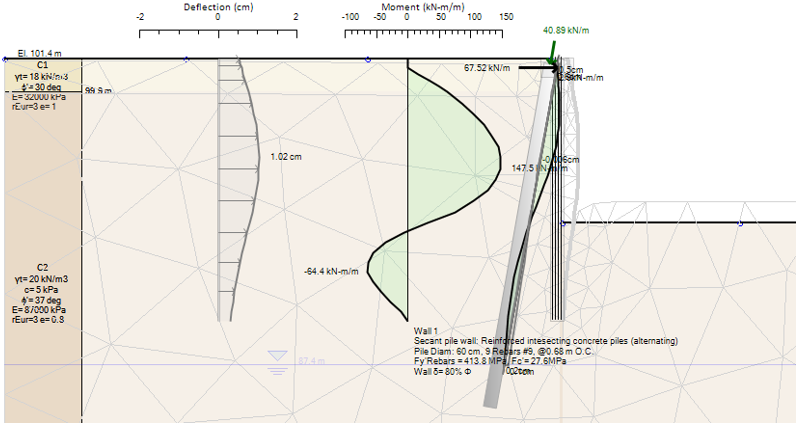 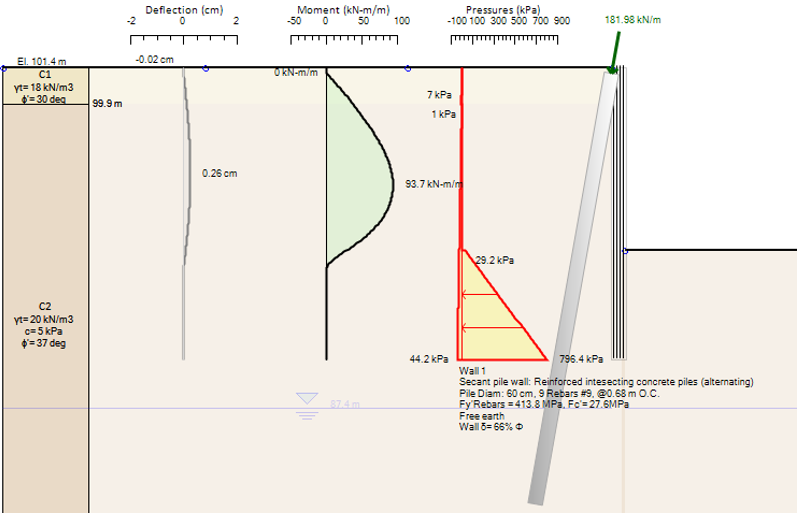 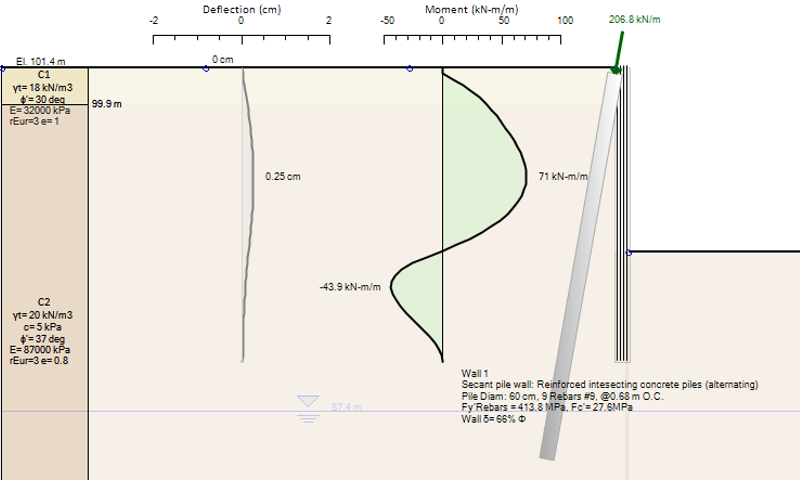 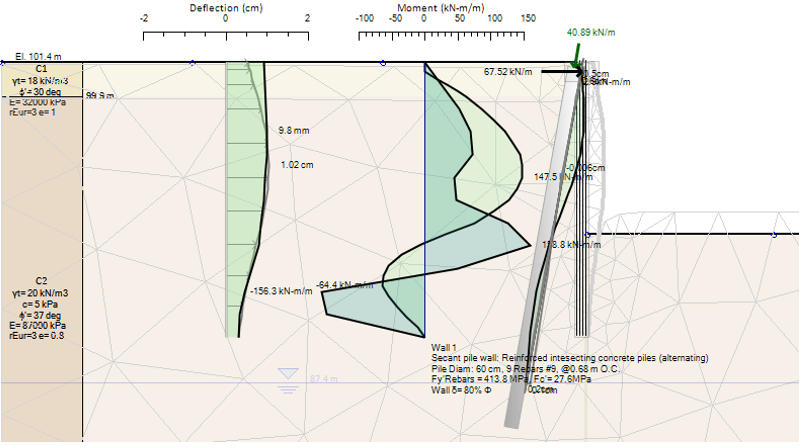